HONOR MISS VAN LEW
MEMORIAL STONE TO BE PLACED OVER GRAVE IN SHOCKOE CEMTERY.
FROM FRIENDS IN BOSTON
Huge Boulder, Irregular in Shape, But Little Dressed.
STONE ARRIVED YESTERDAY.
It Will Be Put in Position in a Short Time – The Inscription of the Metal Tablet – Otis H. Russell Superintending the Work – The Stone is a Tribute from Massachusetts Admirers of Union Sympathizers.

A huge piece of gray composite Massachusetts stone, weighing probably 2,000 pounds, has arrived in this city, and is now lying beside the Van Lew section in Shockoe Hill cemetery ready to be placed in position about the grave of Miss Elizabeth L. Van Lew, the noted Union sympathizer, who died in this city on September 25, 1900.

The stone is very irregular, rough and gray. It is two feet high by four feet long, and its composite character appears in the numerous gravels and smaller stones protruding from the whole of its surface. On one side, which has been slightly smoothed, probably artificially, is a metallic tablet about two feet square, upon which is carved in plain Roman letters the following inscription:

Elizabeth L. Van Lew,
1818 1900
She risked everything that is dear to man – friends, fortune, comfort, health, life itself, all for the one absorbing desire of her heart – that slavery might be abolished and the Union preserved.

From the Capitol Hill in Boston is a tribute from Massachusetts friends.
As indicated, the stone was sent to this city by Massachusetts people, who show in this their appreciation of Miss Van Lew’s loyalty to the Union and her work therefore during the days of the civil war.
The memorial was completed in Boston some days ago, and was sent to this city in care of Mr. Otis H. Russell, former postmaster of Richmond, who immediately employed J. Henry Brown, the marble worker, to place the stone in position. The work will be done at once, and probably before the week is over the boulder will have been permanently fixed in the Van Lew section of Shockoe Hill cemetery, near the monuments that mark the graves of other members of the Van Lew family.

Environs of the Monument.

The Van Lew section in Shockoe Hill cemetery contains probably six or eight graves, all members of the Van Lew family and immediate relatives. So crowded was the section that when Miss Van Lew died two years ago her grave had to be dug at the foot of the graves of her father and her mother, John and Elizabeth Van Lew, and perpendicular with them. The graves are kept in good condition, and the stones which mark them are white and clear and show very few signs of age. The tombstones of the parents of Miss Van Lew were erected in 1833 and 1843, the respective dates of the deaths of the mother and the father.

The general story of Miss Van Lew’s life is well known here. She was born in this city in 1818 of native parents, John and Elizabeth Van Lew, who were married in this city.

When the war broke out Miss Van Lew espoused the cause of the Union, and remained a bitter Union sympathizer until the end and throughout the days of reconstruction. She was wary and active all during the four years of the war and never lost an opportunity to aid her cause with messages of import which she managed to send almost daily to the chiefs of the Northern armies.

It goes without saying that for this course Miss Van Lew was ostracized socially by the people of Richmond, but for this apparently she did not care. Her enthusiasm was fully equal to that of her opponents, and she never lost an opportunity to display it.

Made Postmaster of Richmond.

Her home was a beautiful mansion on Church Hill, well known to the people of Richmond. The house is now the home of the Virginia Club, of this city, and is handsomely maintained by that noted organization, care being taken to preserve its distinctively colonial and picturesque characteristics. 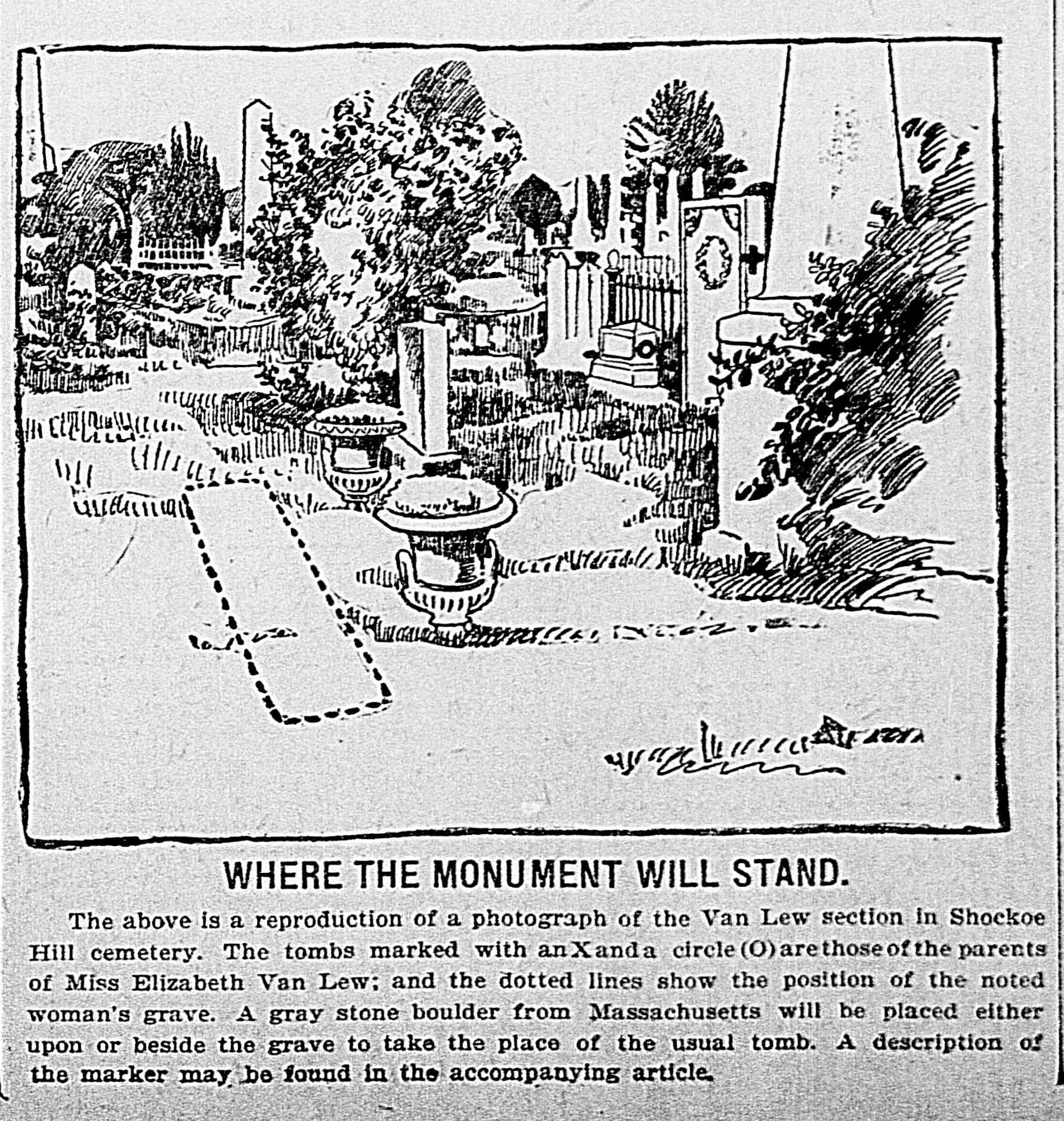